A CULINARY PROJECT EXPLORING IDEAS
INSIDE AND OUT OF THE KITCHEN.

ViaMedina is a private chef and concierge team providing tailor made experiences focusing on the foods that make Italy so unique and the people behind the recipes. Husband and wife team Mark Medina-Rios and Ginger DiGaetano combine their unique knowledge and experience to create one of a kind adventures. 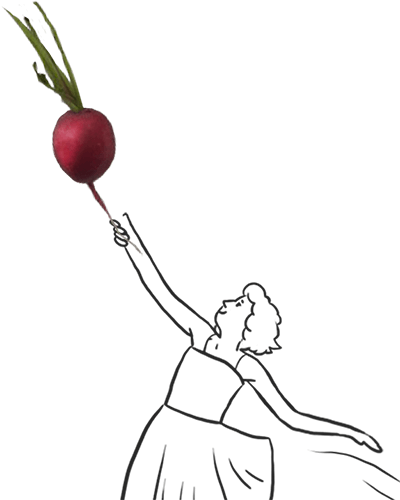 As a child growing up in England, Mark tried his hand at cooking when he taught himself to make pizza for his parents. They loved it, and he made more: after their eighth straight day of eating pizza, his passion showed no signs of slowing down, so they found him some recipe books to study.
At sixteen years old, Mark decided that he wanted to cook for a living and enrolled in a local culinary school, but his curiosity soon led him out of the classroom and into the kitchen. After working under classically trained chefs in London, he was sent to the United States where, at the age of 23, he was named executive chef of Morello Bistro in Greenwich, Connecticut.
He remained an integral part of the Michelin starred MARC group for six years, holding the position of executive sous chef at A Voce Columbus in New York City. 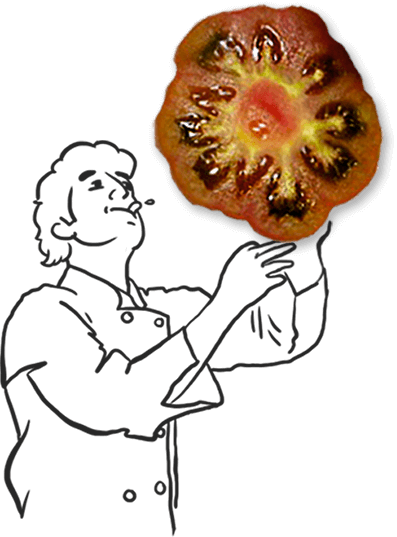 At 16 years old, Ginger also entered the culinary world, albeit through a slightly different angle.
When she moved out of her family home in New York her father gave her this advice: “go work in restaurants, because at least you’ll always eat.” And so she did, travelling the world and working at restaurants in both the front and back of the house.
In her spare time, she also went to University in New York, Montreal and Paris, eventually studying for her PhD in Political Science at La Sorbonne. After spending nearly three years in Algeria doing research, she returned to New York, where she also went to work at A Voce Columbus.

There, like modern day Frankie and Johnny,
they locked eyes during a busy brunch service,
and the rest is history.

When they met in 2012, both Mark and Ginger were looking for a change. Through a series of coincidences and happy accidents, they moved to the Tuscia region in Central Italy in 2014 where they worked on an olive oil farm, and ViaMedina was born. Originally conceived as a blog about their adventures (and mis-adventures), they quickly became a reference point for an often overlooked region of Italy, and began drawing people to the hidden corners between Rome and Florence.

With Mark’s Michelin starred background and their relationships with local producers, ViaMedina became a private chef service creating personalized menus with seasonal ingredients and original takes on traditional recipes. But their clients were looking for more than just a meal, and before long Ginger’s hospitality roots and fixer spirit helped expand ViaMedina into designing custom itineraries for unforgettable holidays around Italy.  They also organize retreats and conferences for corporate and academic groups, offering exclusive use of historic locations with world class services. After all, there’s no reason that you can’t take your work with you, right?

After six years in Central Italy, ViaMedina has become a mosaic composed of the relationships, traditions, and ingenuity that makes the area so special. Their unique blend of knowledge, experience, and creativity gives ViaMedina the keys to some of the most fascinating doors in the world.

Don’t you want to know what’s behind them?

The Cusp of Magic

All Roads Lead to Scones

ViaMedina is a private chef and concierge team creating bespoke experiences in Central Italy. Whether we come to you, you come to us, or we explore together, we celebrate the beauty of this endlessly quirky and fascinating country through food, wine, and travel.

Come for the pasta, stay for the prose.

Thank you!
Oops! Something went wrong while submitting the form.

Come for the pasta, stay for the prose.

Thank you!
Oops! Something went wrong while submitting the form.